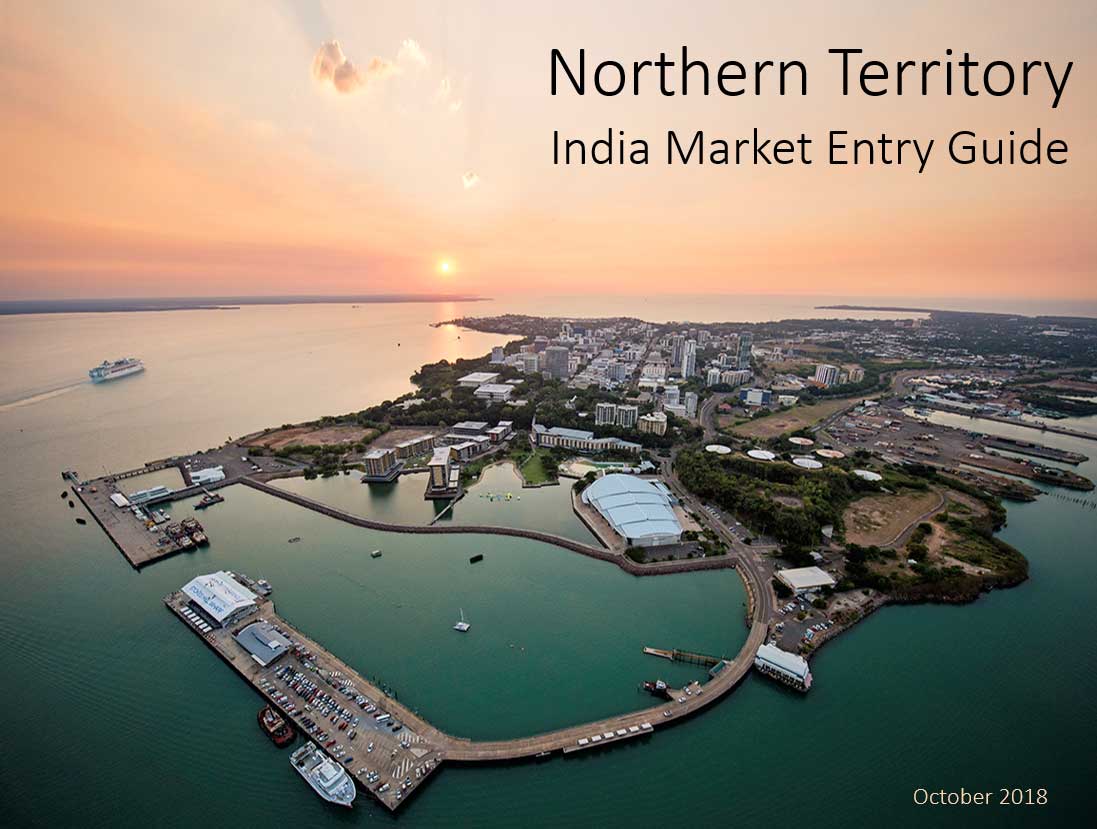 The Northern Territory (NT) Government, in a Team NT approach, is growing engagement between the Territory and India in the areas of investment, trade, education and tourism.

In an effort to better understand the opportunities presented by a country the size of India the Department of Trade, Business and Innovation’s Office of International Engagement, Trade and Investment has recently developed an NT-India market entry guide. This has been completed following extensive engagement within the NT community and with key stakeholders such as the Department of Foreign Affairs and Trade (with particular reference to their recently released publication India economic strategy to 2035).

The guide is not designed as a formal NT strategy but rather to consolidate current thinking and to bring together ideas and views that have been developed by a number of relevant parties over the past several years.

For a copy of the NT-India market entry guide email investment@nt.gov.au

India and Australia - the bilateral context

India’s strategy for its future

What the Northern Territory can offer to a growing India

The key Northern Territory lead sectors for engagement with India

This is a key sector for the NT and can offer an opportunity to provide India with quality higher education from secondary schooling, under graduate through to post graduate and PHD.

Whilst accepting the challenges, possibilities also include digital in country delivery, cost effective vocational education and training (VET) sector delivery to help upskill the ambition of training 400 million Indians by 2025 and areas of expertise for research and collaboration include oil and gas, tropical health, water management, desert knowledge, and mining and engineering.

Recognise that there can be a desire from students to consider education as route to a visa migration pathway. The VET and post graduate education opportunities encompass the whole of the NT with centres of excellence in Darwin, Alice Springs, Jabiru and other locations.

With a growing middle class population Indians are seeking adventure and experience holidays. In addition to this is the halo effect of the Indian communities in the NT and their visiting friends and family.

There is potential to develop ‘brand NT’ within this community and to assist them to market the NT to their networks.

Similar to other Asian markets digital influencers are important and the role that can be played by film makers cannot be underestimated - best example was a Bollywood movie featuring Shah Rukh Khan was filmed in Croatia, resulting in tourist numbers tripling in one year.

The NT is well placed to supply minerals and energy resources as well as safety expertise, technology, and research and development from the mining, engineering, technology and services (METS) stream.

Also with the US imposing trade sanctions on Iran, India’s third largest energy provider there exists opportunity for the NT to provide LNG to India. The renewable sector will also provide opportunity - with 24 minerals in a solar power unit and even more in a lithium-ion battery, mobile phone and a wind turbine many are available in the NT.

Whilst the Indian agricultural sector is still largely subsistence and small scale farming and the domestic political climate doesn’t allow easily for corporate agribusiness, there is an opportunity for the NT to ‘top up’ certain pulse crops as well as offer counter seasonal quality fruit and vegetables.

There is an opportunity for protein alternatives sourced from aquaculture developments of high end quality tiger prawns and premium fish farming.