Were you hoping to attend an October Business Month (OBM) event this year but didn’t quite make it?

Or are you looking to relive the experience and refresh your learning?

Thanks to Territory FM, you can experience October Business Month all over again. Full audio recordings of the OBM Great Debate and Local Business Panel, as well as tips and tricks from the 2019 keynote speakers are now available online. To listen, go to the OBM website or steam on Apple Podcasts and Spotify.

With over 170 inspirational and educational events this year, here’s what you might have missed: 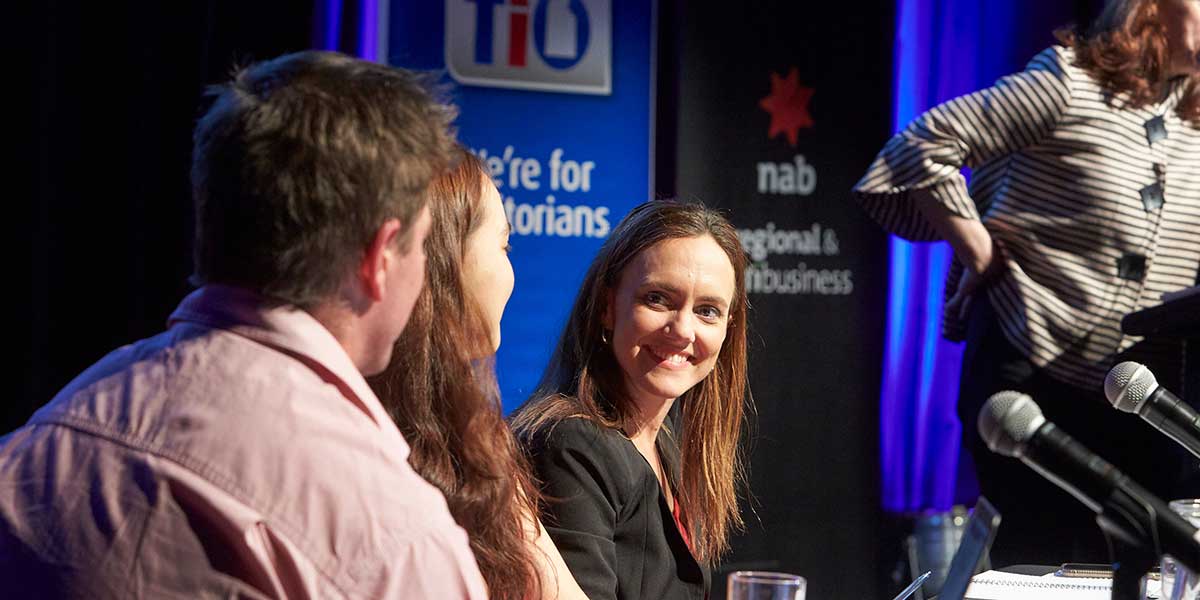 Caption: The Great Debate found Millennials to be the best generation in the workforce.

The Great Debate asked the question, ‘Are millennials the best generation in the workforce?’ and in both Darwin and Alice Springs, the vote swung to yes thanks to Claire Madden’s argument on the necessity of millennials to bridge the gap between paper-based Generation X and baby boomers, and the upcoming digital natives, Generation Z. The debate was entertaining and educational, shining a light on why a multigenerational workforce is important now, more than ever. 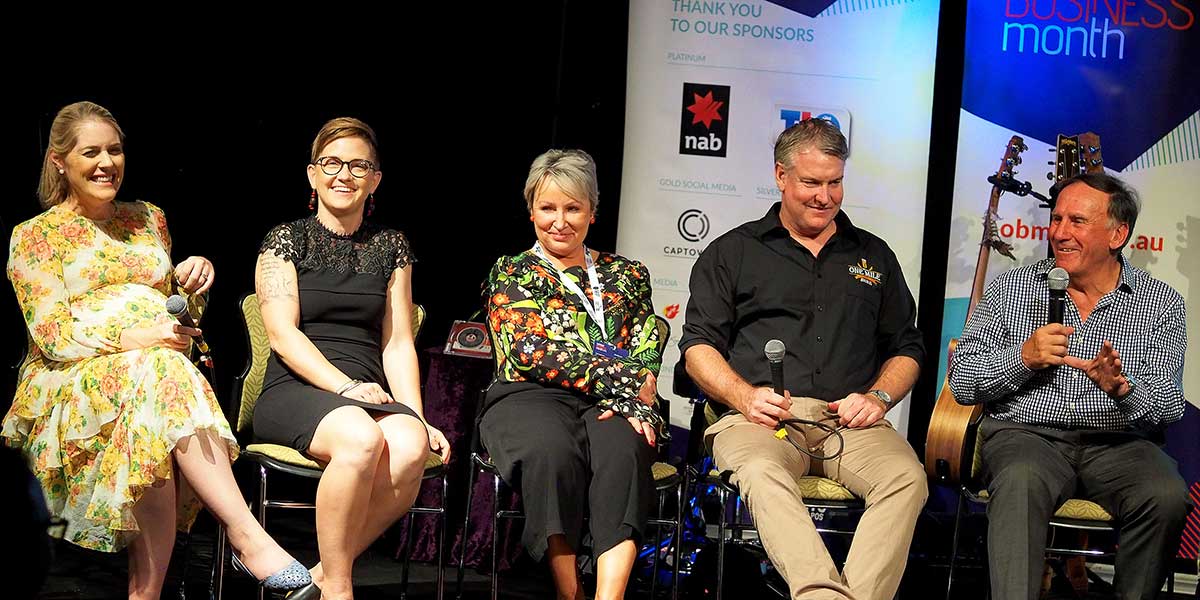 Caption: An entertaining discussion from the Katherine local business panel.

The reimagined business dinner in Katherine with Glenn Cooper AM, featured Darwin brewers, One Mile Brewery and delicious catering from Katherine business, Dragonfly Catering and Events. Glenn spoke about the advantages of family business, and how to leverage your business identity. Liz Campbell, physio and business woman from Nhulunbuy, shared her business story and Tom Curtain MC’d the evening. Glenn then joined a panel discussion made up of local businesses including Stuart Brown from One Mile Brewery, Annabelle Curtain from Katherine Outback Experience, Liz Campbell our Territory success story and Julie Rynski from NAB. 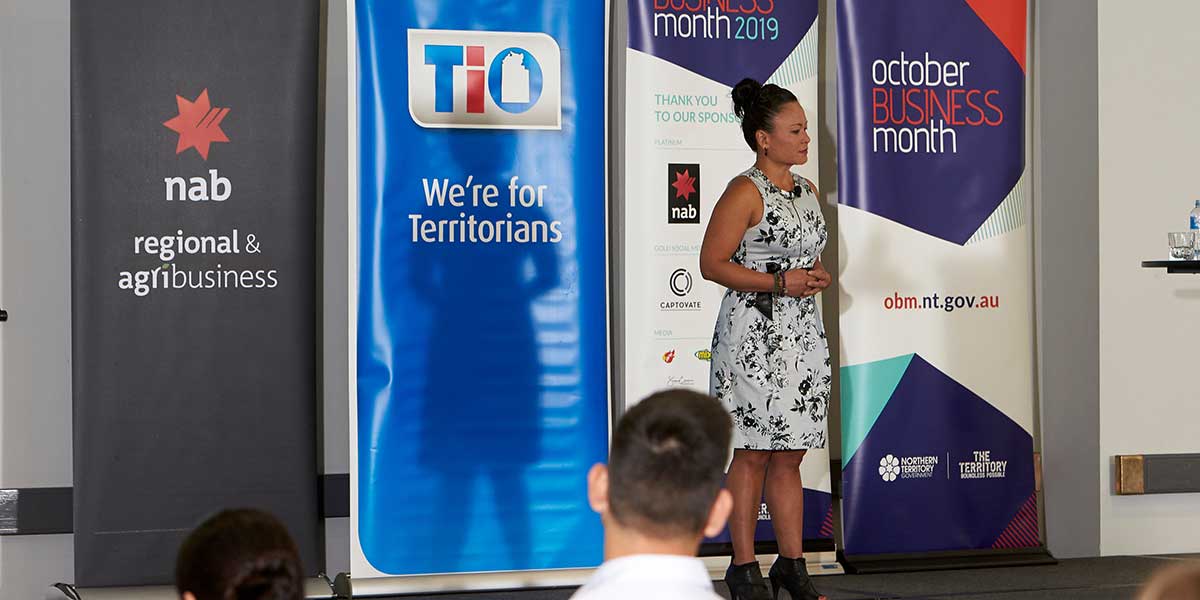 Spiritual entrepreneur and restaurateur, Pauline Nguyen was an OBM crowd favourite, speaking with warmth and humour leaving her audience enlightened and motivated with her story of building a successful business. 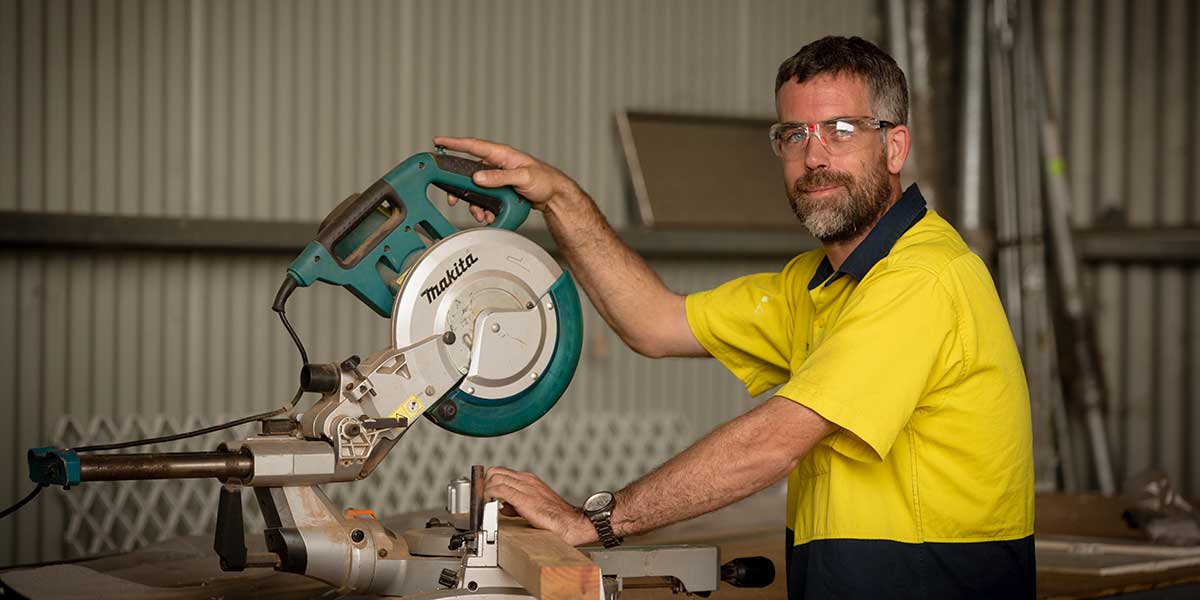 The newly introduced Tradie Talks sponsored by TIO, drove a 13% increase in male attendance at OBM this year. The trade sector is one of the largest industries in the Territory with most identifying as either sole traders or small businesses owners. 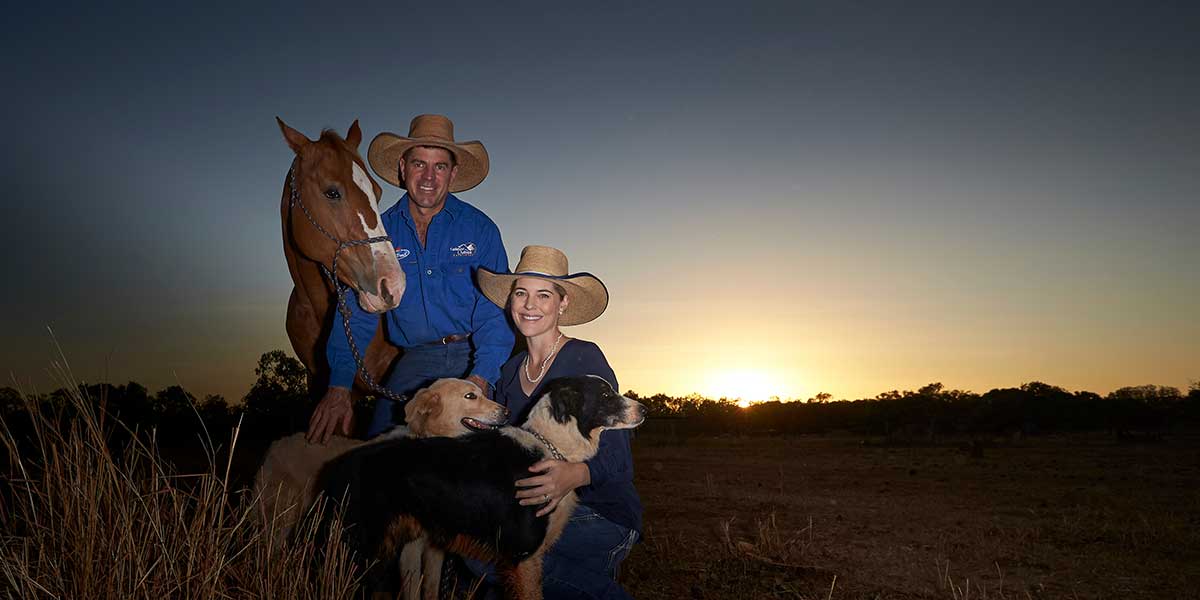 Agribusiness Day targeted farmers, growers and pastoralists across Darwin and the greater region.

A new initiative for OBM, this event reached new audiences and brought together local businesses from across the Northern Territory to discuss the challenges they face. Industry stakeholders presented on topics including; preparing for a dry day, stockman ship, workforce and employment, Aboriginal business development and the future of agribusiness. 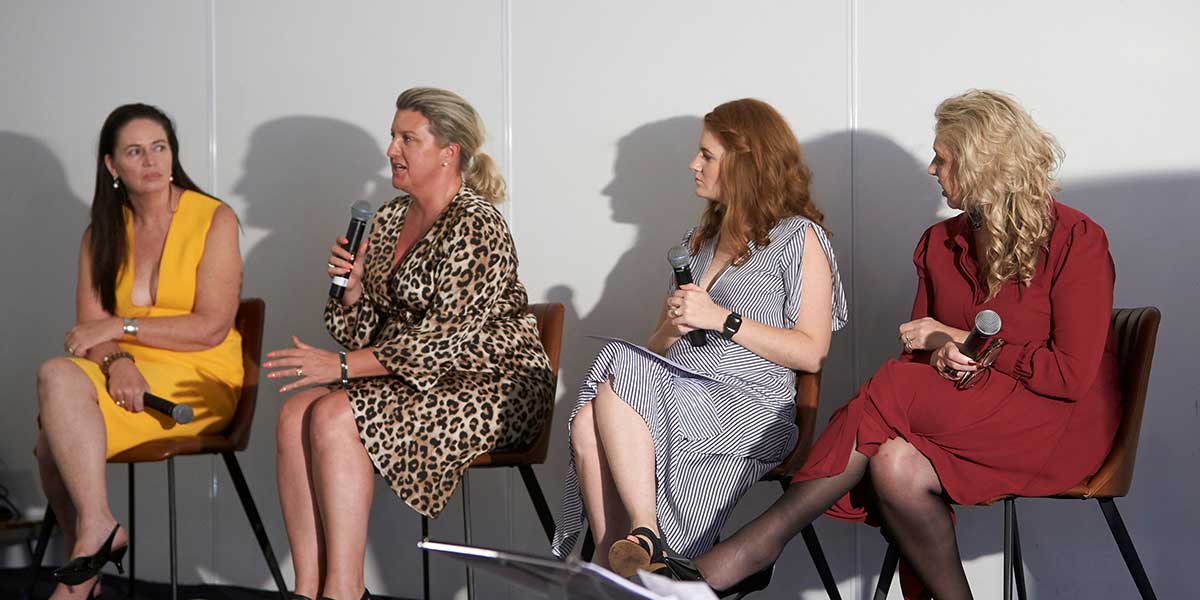 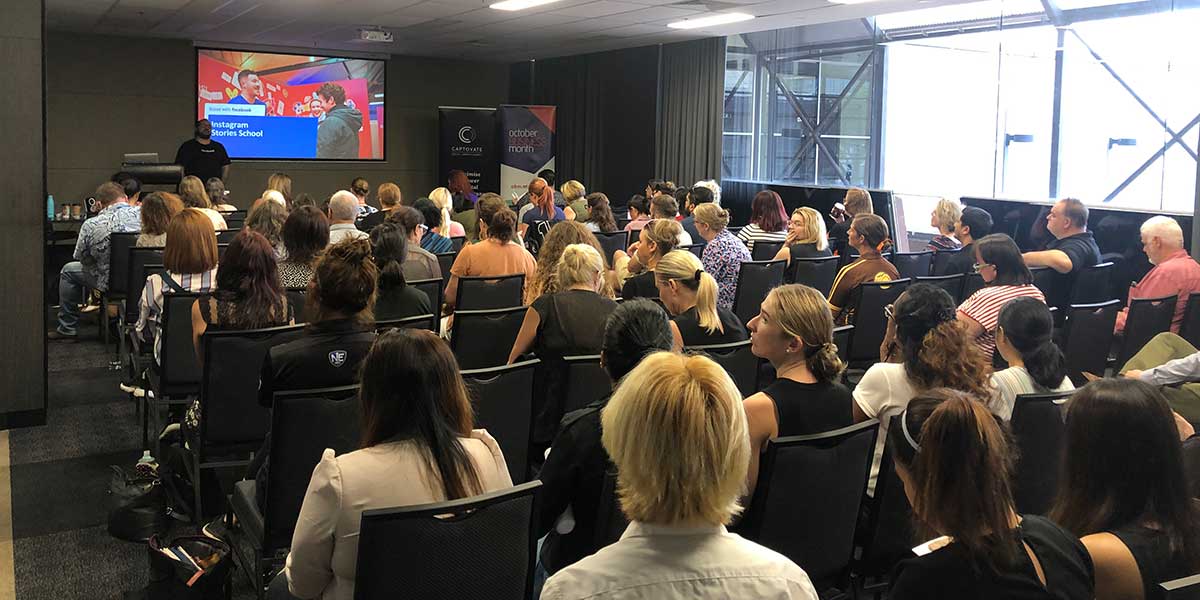 Caption: A full house at the Social Media Sprint.

Gold social media sponsor Captovate, held a sold out Social Media Sprint series which saw representatives from Facebook and LinkedIn head to the Territory to share their knowledge with local business owners on how to increase capacity through social media. 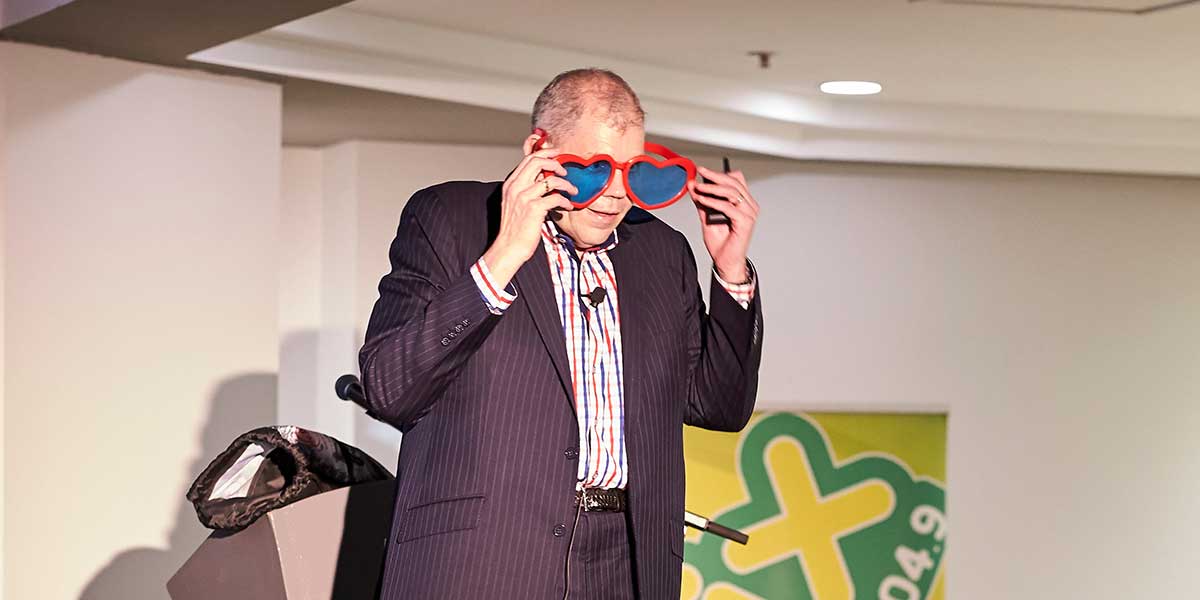 Award-winning, international conference speaker, David Staughton closed OBM in Darwin, Nhulunbuy and Alice Springs. David spoke about keeping business alive in off-peak seasons, and gave practical business tips to his audience. As of 1 December 2019, David’s presentation will be available to watch online on the OBM website alongside many other fantastic events featured in OBM 2019. All part of how OBM supports small Territory businesses year round.

A big thank you to all the sponsors and event partners who make October Business Month possible. 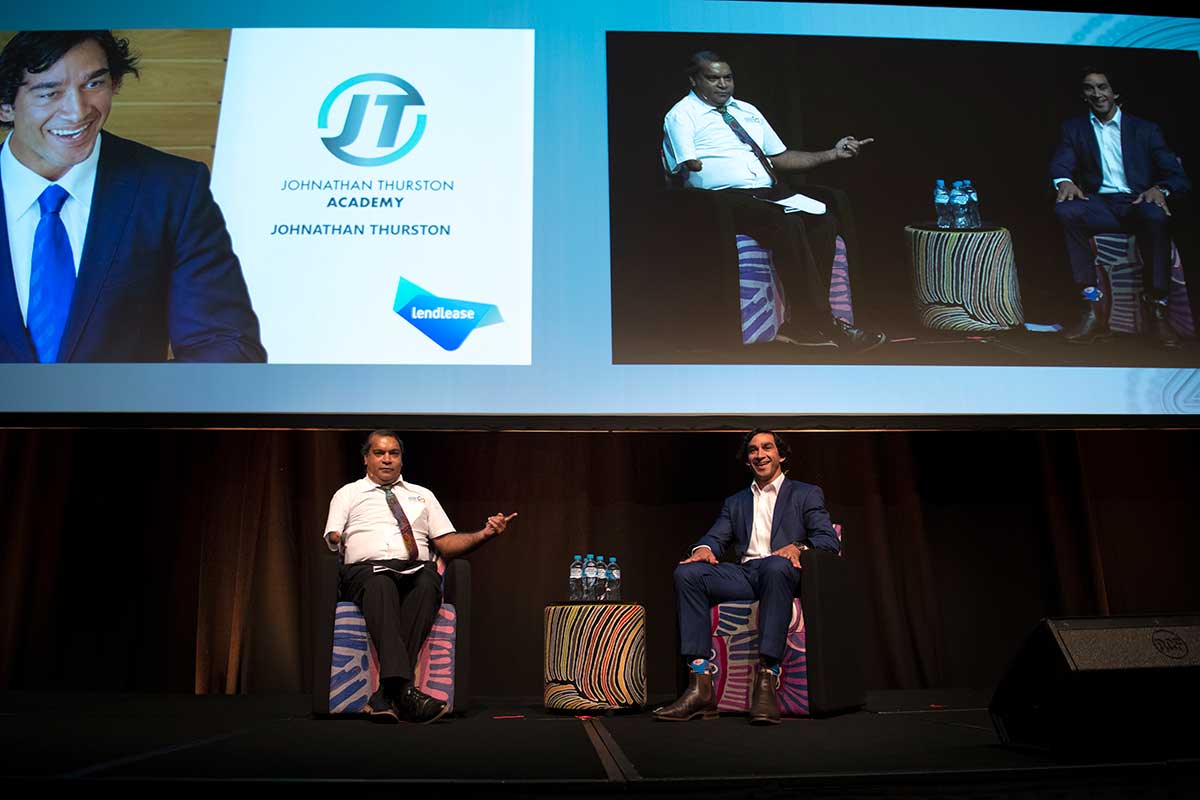 The 9th Aboriginal Economic Development Forum was held in Darwin on 7 and 8 November 2019, bringing together 350 delegates from Northern Territory (NT) Aboriginal businesses, organisations and government.

More than 50% of delegates identified as Aboriginal or Torres Strait Islander and 43 Aboriginal businesses and organisations showcased their products and services, participating in the business marketplace hosted by the NT Indigenous Business Network and Supply Nation.

The atmosphere was positive as attendees connected over networking events and at the marketplace booths where they shared business offerings and capabilities with one another. The information sessions and breakout rooms sparked discussion on the challenges and future opportunities for Aboriginal business in the NT and how we can support each other in business. Topics such as strategic partnerships, innovation, the global economy and procurement were amongst the topics covered.

The bi-annual event continues to showcase the NT’s strong community of Aboriginal and Torres Strait Islander people in business and we thank all our sponsors who continue to make this event possible.

Accelerating business in the Territory 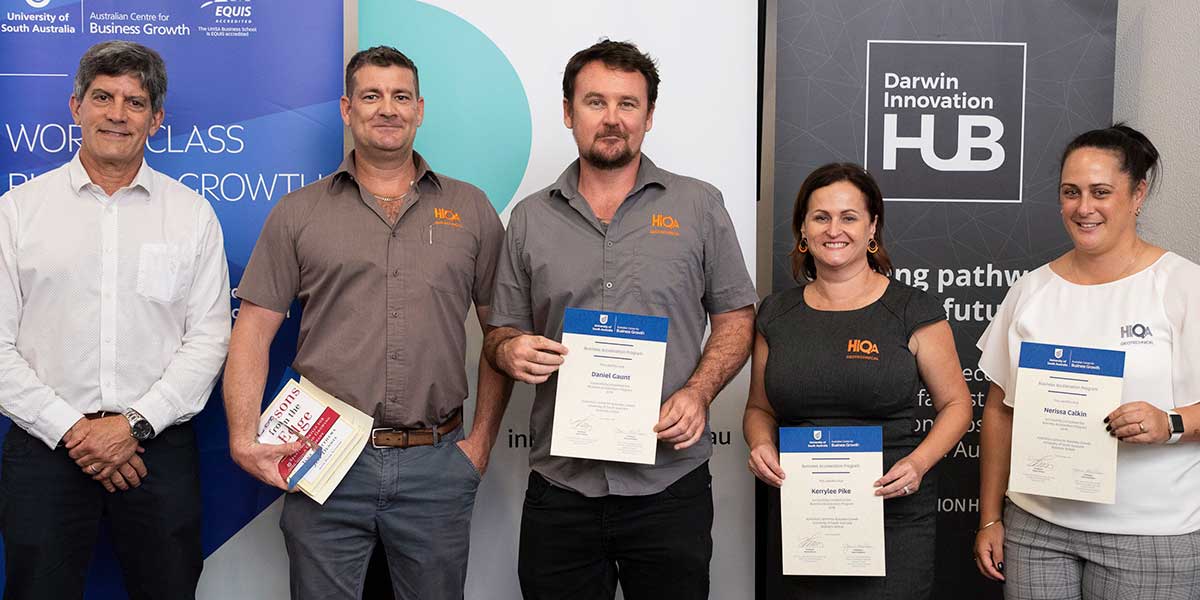 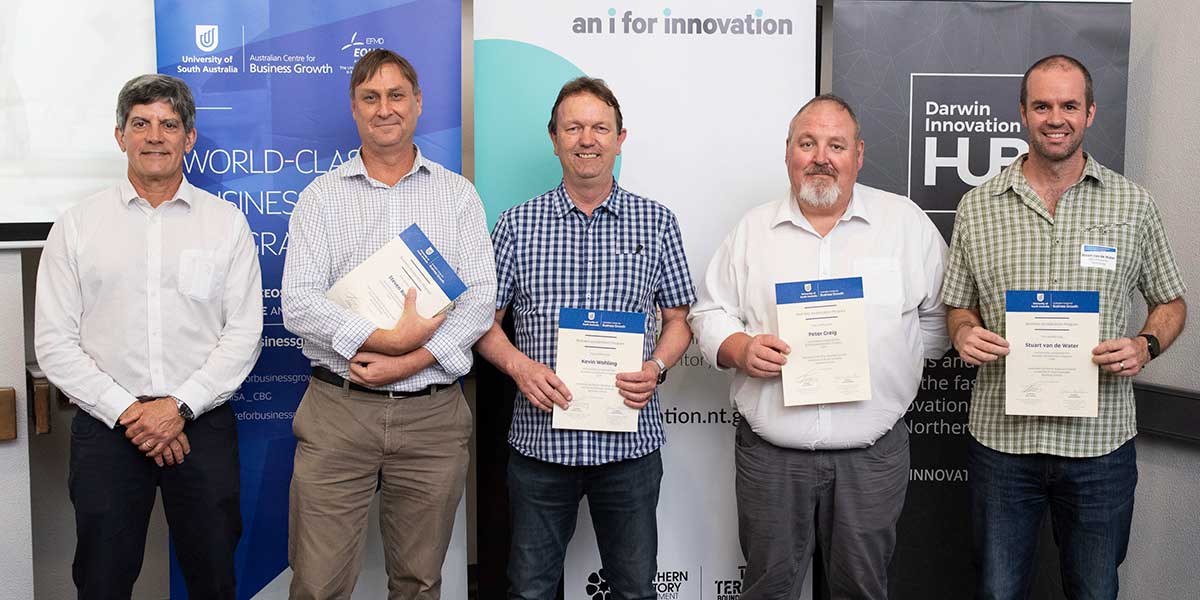 On Thursday 31 October, seven local businesses successfully graduated from the Business Acceleration Program (BAP) as the first Northern Territory (NT) cohort to participate in the program.

Designed by world renowned expert in entrepreneurial leadership, Dr Jana Matthews, the program is aimed at providing small and medium companies with the knowledge and skills they need to develop as leaders, accelerate company growth and compete in a global marketplace.

Luke Myall, Managing Director of Highway QA completed the Business Acceleration Program. “The Growth Modules Program was a great opportunity for me to bring along my leadership team and go on this learning journey together. By attending the program as an executive team we were able to close the gaps and get everyone excited about what we are trying to achieve.”

Robert Fleming is the Managing Director of NT Sports and Playground Surfacing and described the experience as influential to their business.

“Applying the growth module learnings to our current business setting is game-changing for us,” says Robert.

The Territory BAP was launched in August 2018, and it is an initiative of the Northern Territory Government, hosted by the Darwin Innovation Hub, and delivered by the Australian Centre for Business Growth.

For more information on the program, go to the Centre for Business Growth website. 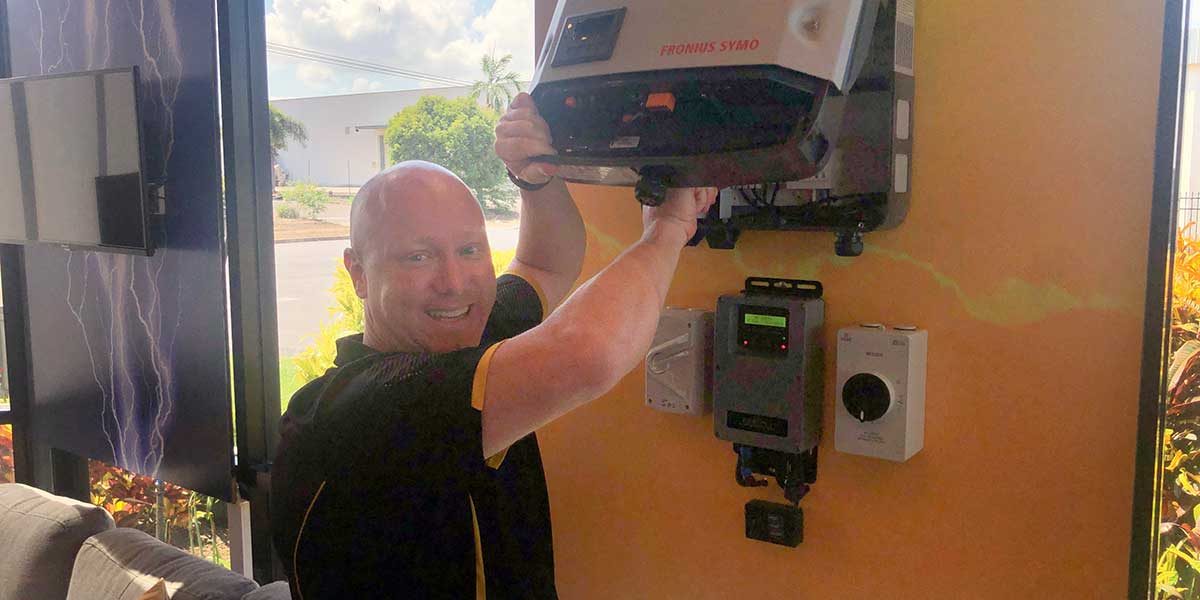 Caption: Keith is incredibly proud of his new SolFlow technology.

Keith Jury has come a long way since one of his clever inventions won the Northern Territory’s (NT) inaugural Croc Pitch at the Darwin Innovation Hub last year.

The money has helped the company develop the world-first SolFlow, a solar-powered hybrid system that filters, chlorinates and heats the pool from as little as three solar panels.

Keith and management staff were also funded by the NT Government to take part in the Business Acceleration Program.

Due to the investment in innovation and the valuable lesson learnt in the program, company turnover and staff numbers have doubled.

The Business Acceleration Program is administered by the Department of Trade, Business and Innovation.

Keith developed SolFlow to produce products that operate in DC energy directly via solar panels as the power source, which dramatically increases efficiency and reduces the stress on the power grid.

There are many happy clients around Darwin receiving the benefits of PV Direct products – some are saving as much as $2,000 a year on their Jacana energy bills.

“Darwin is the perfect testing ground due to its harsh climate, which will enable us to confidently to launch our products around the world,” Keith says.

“SolFlow has created a new sector in the renewable energy industry that allows products to be run directly by solar panels, unlike solar systems that feed into the mains power.”

Have an innovative idea? Go to the Innovation website.

Things are looking up

Angie and Paul Mayo have suffered what every company owner has suffered - those bottom-of-the-pit moments when the business seemed destined for failure.

But they slugged their way through the tough times and are now thriving.

It has now added a records transport courier service to the company’s portfolio.

There are eight staff, five of them Aboriginal.

Midas has won many Northern Territory Government contracts but is now also working with other agencies and private enterprise.

“We were down in the dumps, to be honest, and she was a marvellous help,” says Angie. “She gave us tremendous practical advice. She has been awesome."

“Robyn gave us a good message: be innovative.”

Midas, which has been operating since 2016, received other backing from the Territory Government, including a grant through the Aboriginal Business Development Program to buy two high-speed scanners.

The company is doing well after investing heavily in marketing, including improving its website and strategic planning.

The business structure was also changed from a partnership status to a company with three managing directors: Paul Mayo, Angie Mayo and Katie Easom.

“We also went to all our customers to ensure we were giving them what they wanted,” says Angie. “We wanted to understand their challenges so we could deliver the best service.”

If you are a Northern Territory business, Aboriginal enterprise or not-for-profit, you can get help from a small business champion. To get in touch email businessinfo@nt.gov.au