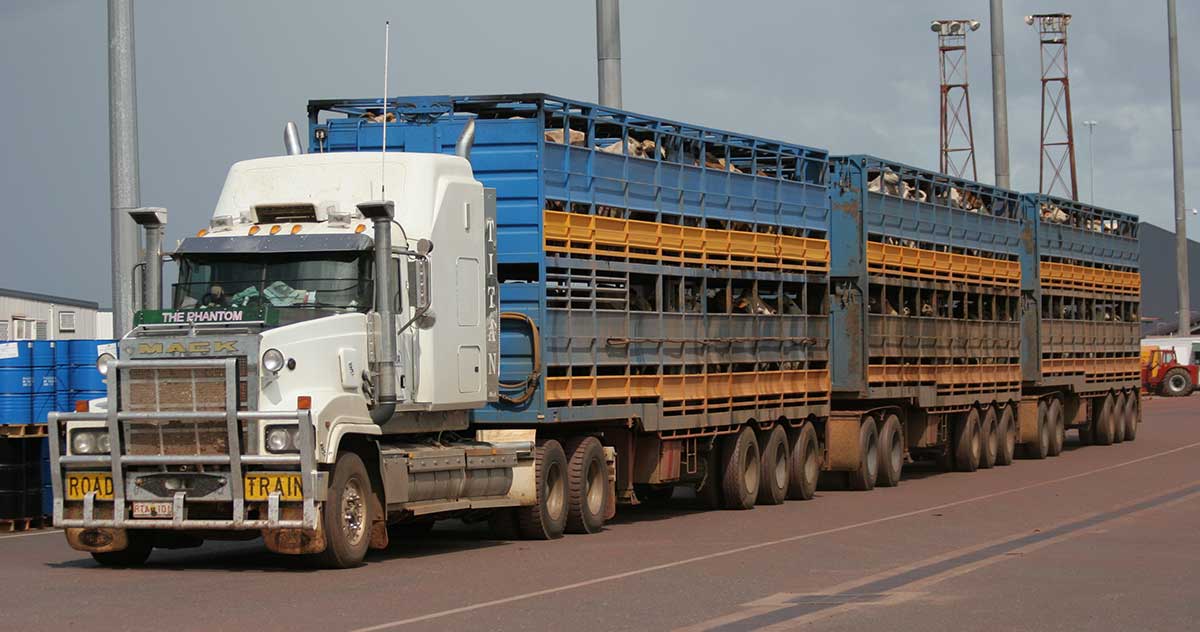 This week Australia further strengthened their relationship with Indonesia with the signing of the Indonesia Australia Comprehensive Economic Partnership (IA‑CEPA).

The agreement creates an opportunity for closer economic engagement and will open new markets and opportunities for businesses, primary producers, service providers and investors.

Indonesia is a priority market for the Territory and is the Territory’s fifth largest trading partner and third largest export destination.

Two industry sectors to receive the greatest benefit through this partnership are agriculture and international education. Both are growth sectors identified in the Territory’s Economic Development Framework.

Education is Australia's key services export to Indonesia, valued at $802 million with more than 15,000 Indonesians currently studying in Australian. Approximately 5% of international students studying in the Territory are from Indonesia.

Rail back online for major movement of defence equipment 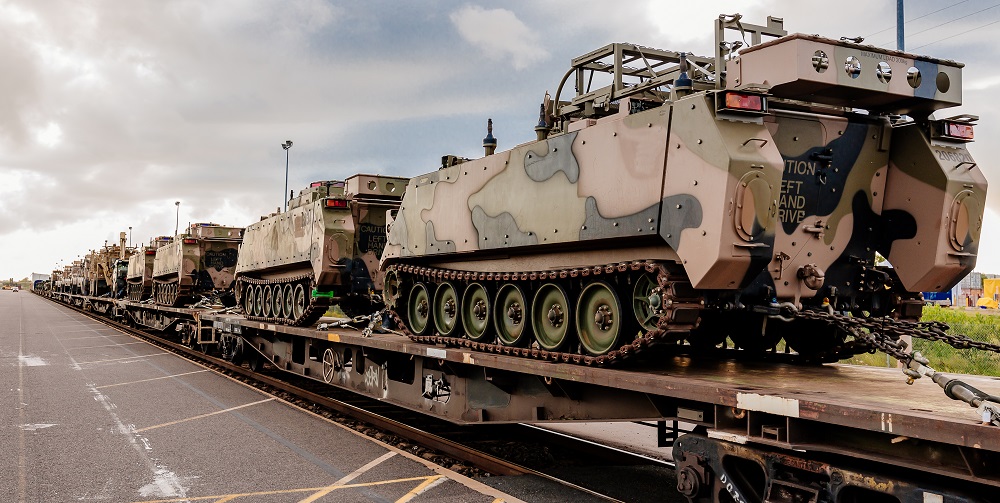 For the first time in many years the main Darwin to Adelaide rail has been opened for major movement of Australian defence equipment.

The move is an endorsement of rail transport and helps to reduce the number of trucks on the road and to lower emissions.

The contract for movement of Australian defence equipment has been awarded to rail operator Genesee and Wyoming Australia (GWA).

GWA operates nearly 5,000km of track in South Australia and the Northern Territory, including the 2,200km Tarcoola‐to‐Darwin railway.

GWA has also been awarded the contract for the return journey of the equipment and transports, to Darwin.

Genesee and Wyoming Australia Chief Executive Officer, Mr Luke Anderson, said today the group had worked hard with defence to provide a strong logistics solution to support the return of this exercise movement to rail.

“It is an important project and hopefully the forerunner to further such opportunities between the Department of Defence (Australia) and GWA where the capability of rail to move large consignments safely and efficiently also meets the scope and challenges of defence’s need to have nationwide secure transport and logistics expertise,” Mr Anderson said. 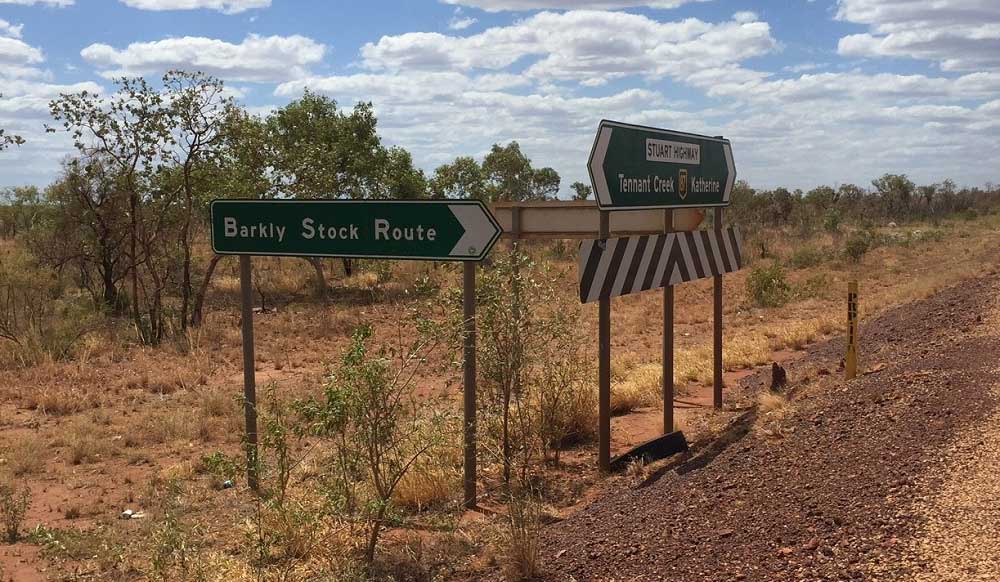 One of the Territory’s most important road arteries is set to receive an upgrade, providing a more reliable route for the cattle industry and pastoralist in the Barkly Tableland region.

The works will begin this month with the sealing of the route from 8.6km to 23.6km east of the Stuart Highway.

These upgrades to the Barkly Stock Route will also provide jobs during construction and support jobs into the future.

The Barkly Stock Route is an important connection for local communities, industry, transport operators and tourists.

The route services some of the largest cattle stations in Australia and these upgrades will support producers by providing a more reliable link between the Stuart Highway and the Tablelands Highway through the centre of the Barkly Tableland region.

When works are completed, the upgrade will reduce road closures at these sections from approximately three months to around 15 days each year. It also means weight restrictions on heavy vehicles can be reduced on certain sections of the Barkly Stock Route.

That means more efficient travel for livestock transporters, better productivity for the beef sector and long-term support for jobs in the Barkly region.

The construction phase of the Barkly Stock Route Upgrading Project is expected to be completed by October 2019, weather permitting.

The Australian Government has committed up to $10 million to the project, with the Northern Territory Government committing a further $2.5 million.

Tapping into new opportunities at oil and gas conference 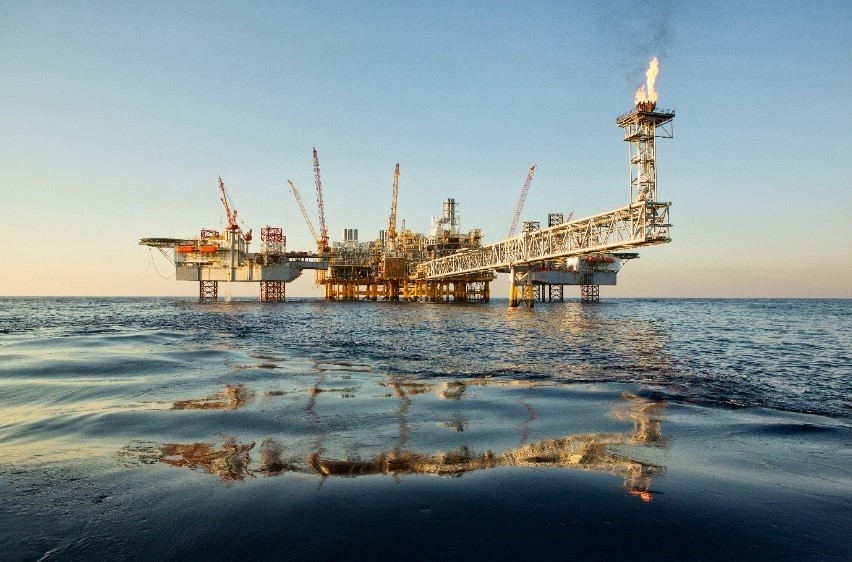 Territory businesses could be among the 20-odd companies from around Australia that are expected to attend the world’s largest offshore oil and gas gathering in May.

The Offshore Technology Conference in Houston, Texas, attracts 65,000 delegates and has an exhibition space of more than 46,000 square metres - more than twice the size of the MCG.

“It’s the place to be for Territory business,” says Penelope Williamson, WA / NT General Manager of the American Chamber of Commerce in Australia. “It has real value for our delegates.”

She says the conference is a golden opportunity for business owners to meet the world’s leading providers of products and services under one roof; develop markets and business partnerships; visit the industry’s largest equipment exhibition; and see ground breaking innovations and technology.

Ms Williamson has led 542 Australian delegates to the annual conference over the past 20 years - and that has led to $1 billion worth of contracts.

About 50 Australian business people have set up offices in Houston after attending the conference.

“We’re interested in people who want to invest in Australasia. All delegates need to decide who they want to talk to. This is a marvellous opportunity to win lucrative contracts.”

The trip will include a visit to NASA - the space agency has awarded a number of contracts to Australian companies.

The Northern Territory (NT) Government has released a strategy to turn the NT into a world-class gas production, manufacturing and services centre by 2030.

To provide a whole-of-government coordination, the government has re-established the NT Gas Taskforce and appointed former public service head Paul Tyrrell as the chair.

There are 30 trillion cubic feet of proven gas reserves in the Timor Sea yet to be developed - creating extraordinary service and supply opportunities for Territory business.

“These are massive opportunities close to Darwin,” says Mr Tyrrell.

Yet, this opportunity is dwarfed by the resource of at least 500 trillion cubic feet for the Beetaloo Sub-basin. There are also other prospective layers in the Beetaloo, and in other basins, yet to be assessed.

Businesses that would like to participate in the delegation can access support under the Northern Territory Government’s Trade Support Scheme.

For further details about the Trade Support Scheme go to the Northern Territory Government website.

Prelude to the Future 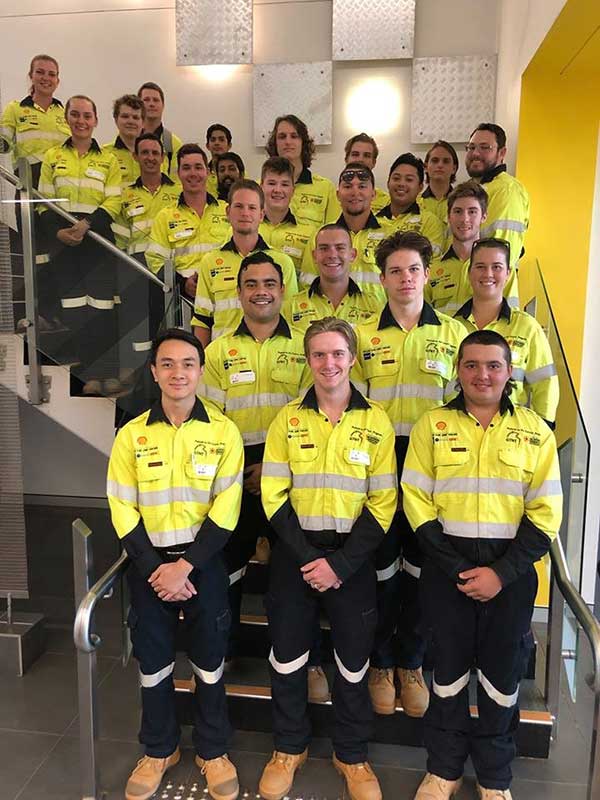 Caption: Elisha Wright (top left corner) is following in the footsteps of father and grandfather to become a qualified diesel mechanic.

Twenty-four Territory apprentices have jump started their careers with the fourth instalment of Prelude to the Future kicking off in 2019.

Prelude to the Future is a unique program designed to stimulate apprenticeship opportunities for Territorians by offering a sustainable employment pathway into the oil and gas sector and other industries. The program is also addressing local skills shortages by building a skilled workforce.

The fourth instalment of Prelude to the Future is a dual apprenticeship in diesel fitting and electrical fitting. Graduates of the program will obtain two nationally recognised qualifications; a Certificate III in Automotive Diesel Engine Technology and Certificate III in Electrical Fitting.

Apprentice Elisha Wright is following in her father and grandfather’s footsteps, both of whom are diesel mechanics.

After seeing the increase in the number of females in trades Elisha was inspired to step out of her comfort zone and pursue her dream.

The young mother of three said she was looking forward to the work placement starting, “I enjoy being more hands on and I’m not afraid to get dirty.”

“I want them (my children) to see me work hard for something I’ve always wanted to do. Hopefully they will follow my footsteps into this trade when they are older.”

Last month apprentices had the opportunity to talk to local employers and industry representatives in regards to securing work placements and ongoing employment after phase one of the program has been completed.

To date 47 apprentices have successfully completed Prelude to the Future programs and secured ongoing employment with local businesses.

Apprentices receive 18 weeks of on the job training at Charles Darwin University followed by 12 weeks of work placement with a local business.

Prelude to the Future is a collaborative partnership between Shell Australia, the Northern Territory Government, GTNT and Charles Darwin University.