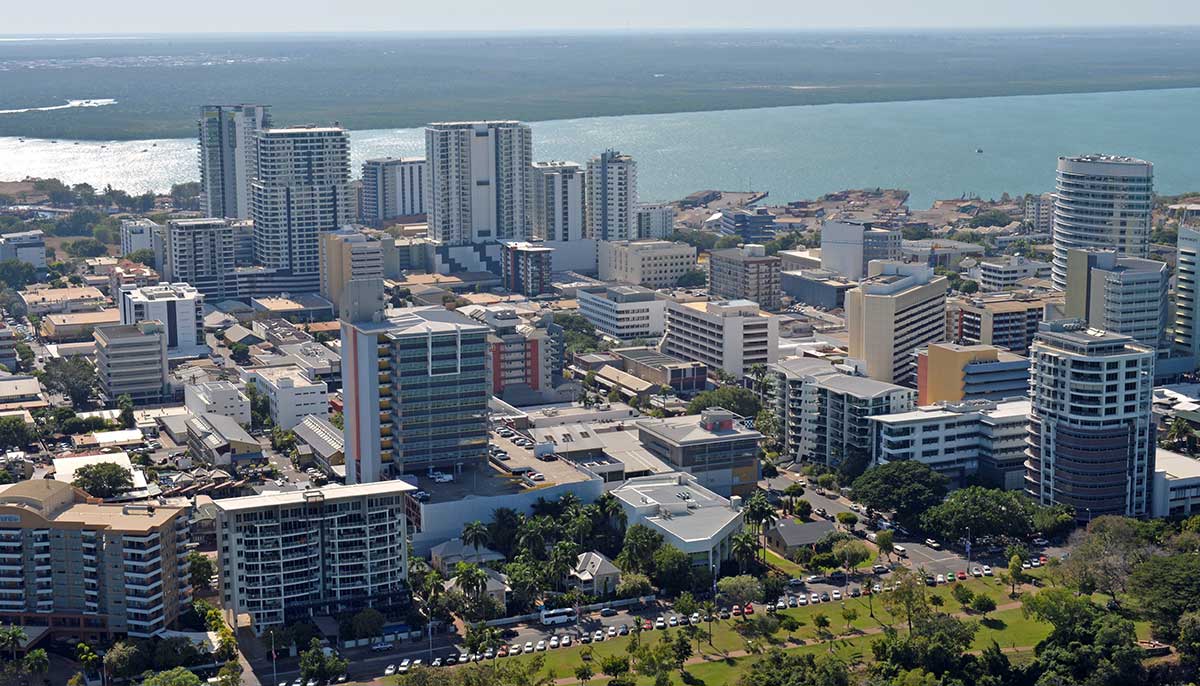 From 30 November 2020, the chief health officer will introduce new directions which may impact your business.

These directions will require all businesses with a COVID-19 safety plan to review it every six months and appoint a COVID safety supervisor.

If customers intend to stay longer than 15 minutes, businesses must collect their name, contact number, and date and time of entry to assist with contact tracing.

As Territorians start to travel more over the Christmas period, it is important that we take these extra steps to protect the health of our community.

More information will be provided when possible and Northern Territory Health will be consulting with businesses before the new directions come into effect. 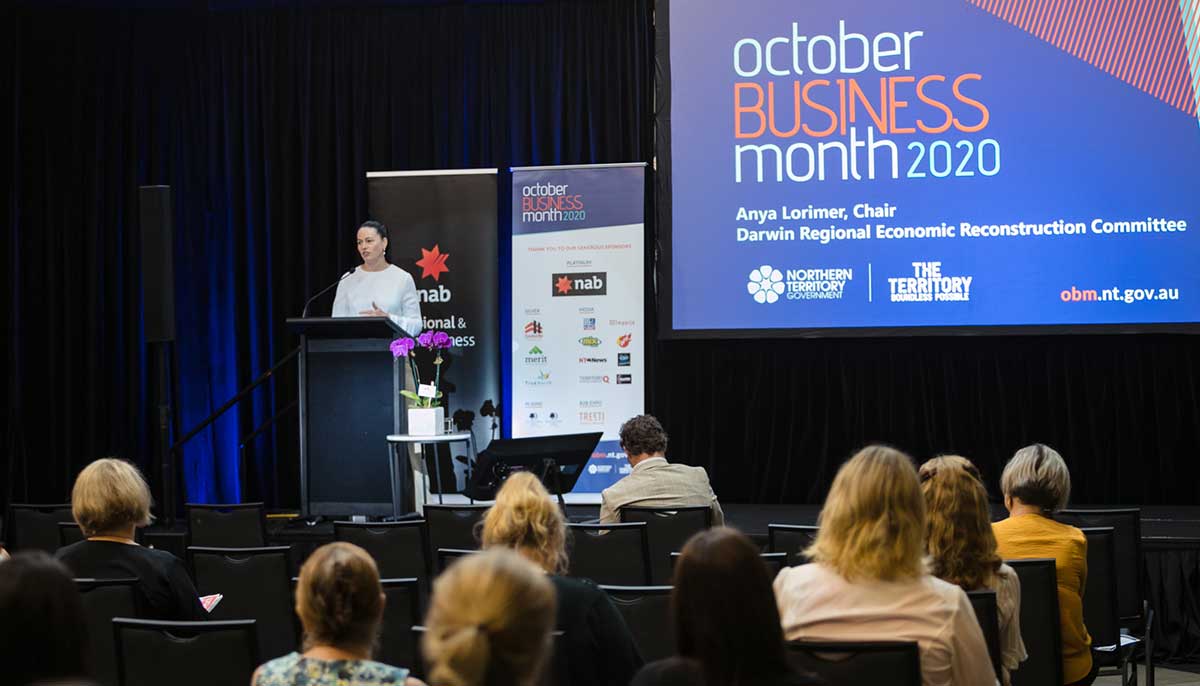 October Business Month (OBM) 2020 has wrapped up for another year delivering a packed program of events and workshops to support Territory businesses navigate our current economic climate.

This year we adapted the October Business Month program to meet the critical and evolving needs of Territory small businesses.

The OBM team hit the road and delivered the 2020 program in a symposium style format to the Nhulunbuy, Tennant Creek, Katherine, Alice Springs and Darwin regions.

The OBM program focused on giving small businesses access to local expertise and the latest practical information and skills development to help owners, operators and employers adapt and rebound from COVID-19.

Throughout October over 100 workshops were delivered which included a mixture of educational events, keynote presentations, workshops and networking events.

A popular feature of the program was our industry focused sessions. In Darwin each day was tailored to a specific industry to better assist businesses and employees with content relevant to their field of work.

Another key feature in this year’s program has also been the celebration of Territory business success stories who have shared their inspirational stories right across the Territory.

Shaun Drabsch, Chief Executive Officer of the Department of Industry, Tourism and Trade said OBM was an important event in the Territory calendar and one that has supported business for 26 years.

“Small to medium enterprises are a key component of the Territory economy, therefore it was essential for OBM to deliver on the ground support for businesses still affected by COVID-19 and for businesses seeking to adapt to the new operating environment we now find ourselves in.

“Initiatives like OBM are more important than ever to help support, inspire and continue our great Territory businesses.”

October Business Month would not be possible without the support of our sponsors and in-kind partners.

Another major step has been made towards the Territory Government’s target of 50% renewable energy by 2030, which will create local jobs and attract new private investment.

Local businesses are invited to tender for the two-part process which comprises of:

The successful proponent will be awarded in early 2021.

The BESS will deliver increased stability and reliability in the Darwin-Katherine power network, allowing fluctuations caused by the intermittency of solar energy to be managed more quickly and efficiently.

The BESS will also reduce the need for gas-fired spinning reserve delivering cost savings of around $6.4 million and emission reductions of about 50,000 tonnes per annum.

HBBS is enabling more Territory businesses and families make the switch to renewables and maximise the benefits of their rooftop solar PV.

To date over 230 HBBS grants have been approved with the estimated economic impact of works valued at $7 million.

Installing a battery means that rather than exporting electricity into the grid, the household or business is able to store the electricity for future use, a major cost saving measure.

Household and business batteries contribute to grid stability and reduce power system costs by replacing demand for gas fired generation during evening peaks with solar energy generated during the day.

For further information about the Battery Energy Storage System tender, to the Quotation and Tenders Online website.

Another strong year in mineral exploration and production 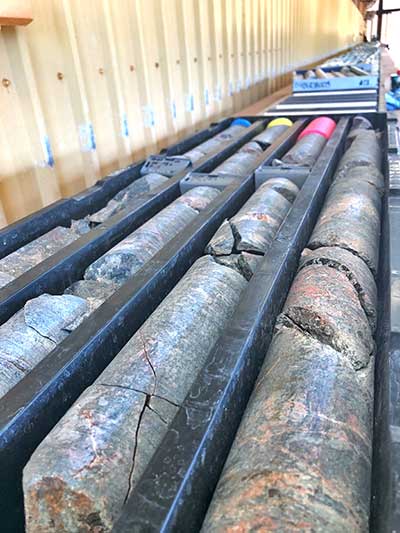 The mineral production and exploration expenditure figures for 2019/20 reflect another strong year for the Territory mining sector.

The total value of mineral production was $4.4 billion, the third highest level ever recorded in the Territory.

Statistics on mineral exploration expenditure have also been released, showing that $123 million was spent in the mineral exploration sector in 2019/20. This is the second highest figure since the last mining boom in 2012, and 56% higher than 2016/17 results.

Given the impact COVID-19 had on borders and fly-in fly-out workers this year, these are extremely positive and promising results for the Territory mining sector and the Territory economy.

To find out more, go to the Department of Primary Industries and Resources website.

The road to success 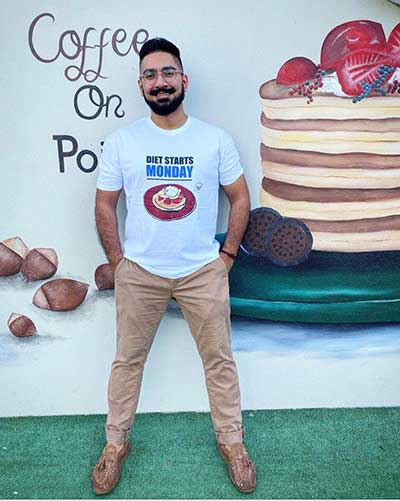 Like nearly every business owner, Jazz Walia has suffered the agony and enjoyed the ecstasy of going it alone.

He is only 28 but owns four successful restaurants.

Jazz will never forget the hardships along the way - the sleepless nights fretting about everything from debt to repairs, from marketing to customer service.

His courage and entrepreneurship were recognised when he won the much-coveted Northern Territory (NT) Government Small Business Achievement Award at the 2020 NT Young Achiever Awards in October.

It was an extraordinary achievement for a migrant who couldn’t speak much English when he arrived in Australia 13 years ago.

Jazz opened Fresh Point Co Café in 2017, with a supermarket next door, in Bellamack, Palmerston.

The supermarket wasn’t successful and it was closed within four months of trading.

However Jazz decided to convert the shop into an Indian restaurant, which became a huge success.

He then opened the Flank Bar and Grill in Coolalinga, which is also doing well.

Within days of the COVID-19 lockdown ending in the Territory, Jazz opened another Fresh Point Co Cafe in Parap.

And a restaurant at the Waterfront is expected to open within a few months.

Jazz has more than 30 staff in his companies. He buys all his supplies locally and uses local contractors for repair and maintenance work.

The Young Achiever Awards have been recognising young Territorians since 1994.

The NT Government has been a strong supporter of the awards, along with founding awards partner TIO, which provides prize grants to winners to further help their endeavours.

Geoff Griffin, Director of the NT Young Achiever Awards says “the awards are a wonderful collaboration of government, corporate and not-for-profit partners coming together for a common cause - to acknowledge the valuable contribution young people make to the community.”

Territory businesses can now manage and complete more of their vehicle registration transactions through the new MVR for Business digital service channel.

It will help businesses get down to business quicker with no need to visit an MVR shop front for a number of transactions that can now be completed online.

Services of the portal include: