OBM gets underway in the Top End

OBM has provided a platform for local businesses to come together to discuss new ways forward from the current economic challenges and generate innovative ideas to rebound strongly post COVID-19.

Hospitality and tourism related businesses took advantage of the Tourism Connect sessions and met one on one with Tourism NT representatives to learn more about the Business Enterprise Program, tourism distribution development as well as PR and social media tips.

Our success stories continue to inspire with Alison Ross, who after 23 years in the real estate business bought the Elders franchise in Katherine four years ago. Alison shared her journey from sales person to business owner and her keys to success, which includes working in a highly ethical and professional manner.

OBM wraps up in Darwin next week. To better assist businesses and workers attend workshops and events, each day has been tailored to a specific industry. This includes hospitality and tourism (Monday), construction and trades (Tuesday), arts and not-for-profit (Wednesday), agribusiness and exports (Thursday) and administration and professional services (Friday).

Registrations for events are essential.

To check out what’s on and to register for events go to the OBM website. 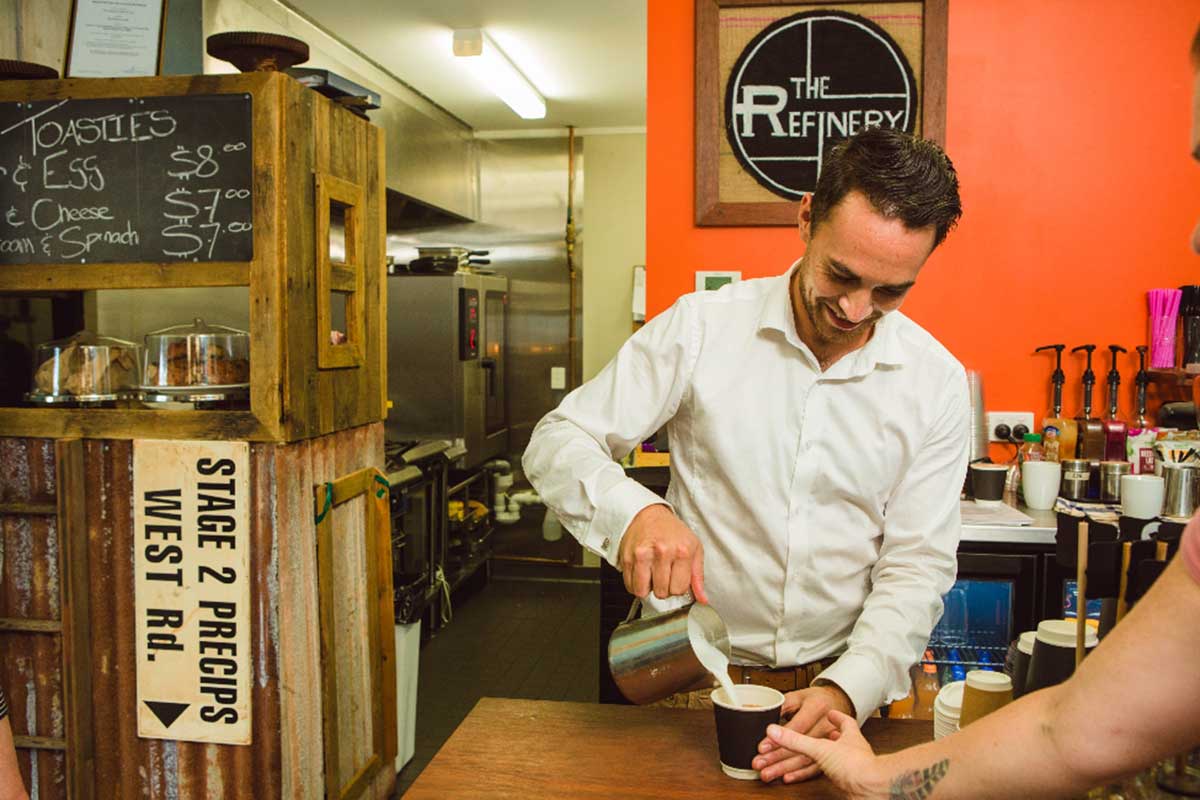 The Northern Territory Government is committed to helping Territory businesses survive the economic impacts of the COVID-19 pandemic.

To understand how we can continue to assist businesses, we have developed a survey to gather feedback on the challenges faced and how your business can be supported to recover from the impacts of the COVID-19 pandemic

Your feedback will inform government’s decisions on future programs and initiatives to support business, and a summary of results will be published online.

This survey is open to all Territory businesses and will close COB Wednesday 28 October 2020.

Your response is valuable and we appreciate your time in completing this survey.

To fill in the online survey, go to the Have your say website. 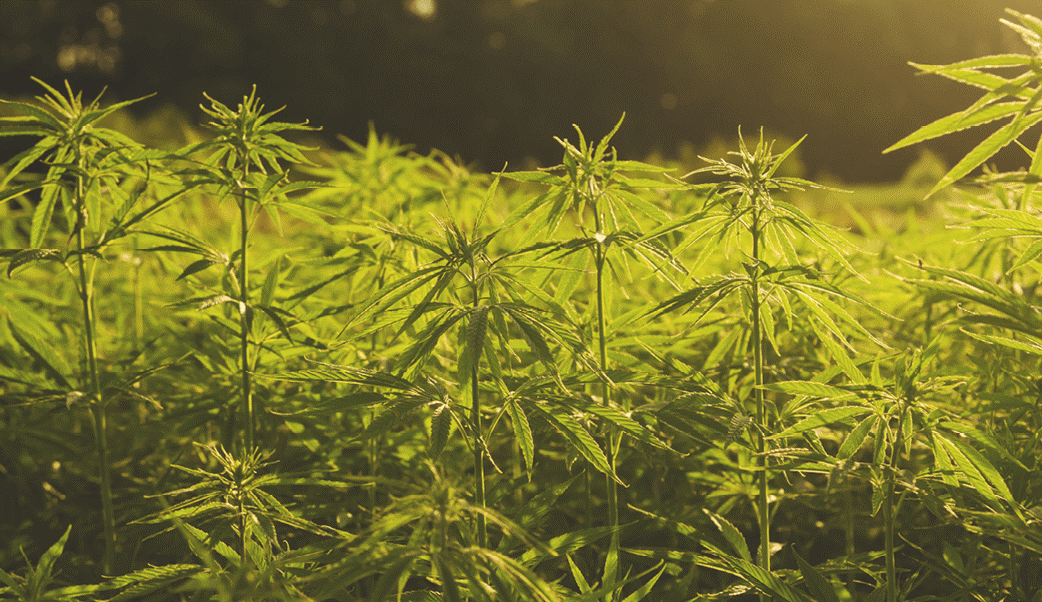 The development of a new commercial plant industry in the Northern Territory (NT) has taken another step forward with the NT Government granting the first commercial hemp licence since the Hemp Industry Act 2019 came into effect in May 2020.

The Act created the framework to regulate the development and operation of a commercial hemp industry in the NT, facilitating investment and capitalising on emerging market opportunities.

Industrial hemp differs from regular hemp species in that it possesses less than 1% of the psychotropic drug tetrahydrocannabinol (THC), and if consumed, has no psycho-active effects on people.

It can be cultivated for seed, fibre or grain production, and has many uses including manufacturing textiles, rope, paper and hygiene products. Hemp seeds are also considered an emerging superfood as they are highly nutritious.

Granting the first licence so quickly after the Act coming into effect is a positive sign for this fledgling industry and the Territory’s agriculture sector.

Hemp is a versatile, environmentally sustainable and profitable product and the Territory has a competitive advantage in this emerging industrial market, with the potential to produce a viable dry season seed crop and supply this to the rest of Australia for summer planting. The ability to plant two crops for Territory farms each dry season increases the potential return to farmers, with hemp grain currently trading at a farm-gate price of around $3,000 per tonne. 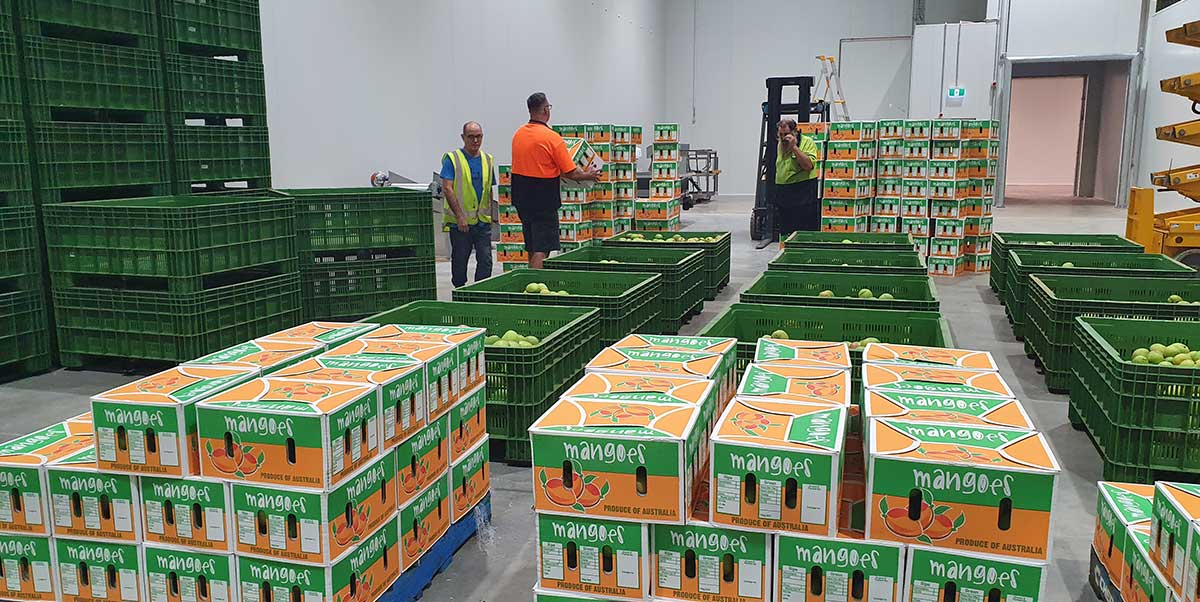 The potential for greater Northern Territory (NT) agricultural exports to Asia is hotting up.

Australian Government accreditation for a new vapour heat treatment (VHT) plant at Darwin International Airport is expected to be approved by authorities in China, Japan and South Korea.

This will open the way for Territory agriculturists to send produce directly to lucrative markets.

A Territory Government grant supported Pakfresh to secure three tonnes of mangoes to be used in a test of the heat treatment plant.

Robert Hall, general manager of Pakfresh, which operates the VHT plant, says the test was a great success and the way is now open for exports of Territory fruit, seafood and beef to three potentially huge markets.

NT fruit has always been sent interstate for heat treatment before being exported, which adds greatly to the cost.

Economists believe that middle-class Chinese, Japanese and Koreans are willing to pay a premium for Territory agricultural produce, including mangoes, which are considered the best and cleanest in the world.

The Territory Government sees the VHT test as an opportunity for greater exports and increased local jobs.

It imposed an interesting condition on the grant: that the mangoes be given to community groups after being given the heat treatment.

Pakfresh donated them to the Arnhem Land Progress Aboriginal Corporation, which is handing them to children as a welcome back to school gift, and Foodbank.

Foodbank chief executive Peter Pilt says it was marvellous to be given 91 boxes of high-quality fruit.

“Our mission is to help those doing it tough,” he says.

“We appreciate the support of the Territory Government. Their help overall allows us to function.”

The airside 800 square metre VHT plant is part of a 6,000 square metre freight and cold storage hub built with a soft loan from the Northern Australia Infrastructure Facility. 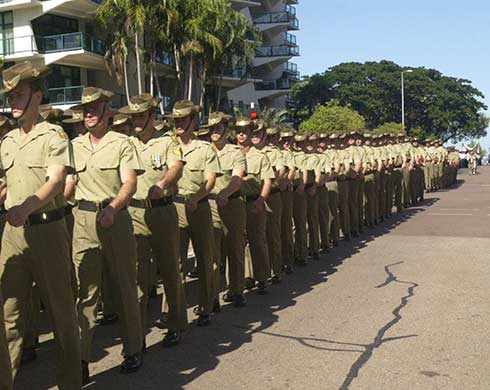 Expressions of interests (EOI) are being sought from Territorians interested in becoming a member of the Northern Territory Veterans Affairs Ministerial Advisory council.

Members will provide advice to the Northern Territory minister responsible for Veterans’ Affairs on issues affecting serving and ex-serving members of the Australian Defence Force (ADF) and their families living in the Territory.

The veteran's community is inclusive of people with a direct link to ADF service or a veteran. This may include widows, partners, parents, children, siblings and relatives of serving and former ADF members, and includes anyone with an evident link to, or interest in matters associated with veterans’ welfare and wellbeing.

EOIs are invited to fill a vacancy on the Northern Territory Veterans Affairs Ministerial Advisory Council.

The successful applicant should demonstrate the capacity to represent the interests of the Territory veterans’ community.

Members of council must be:

For more information on how to apply view expressions of interest sought.