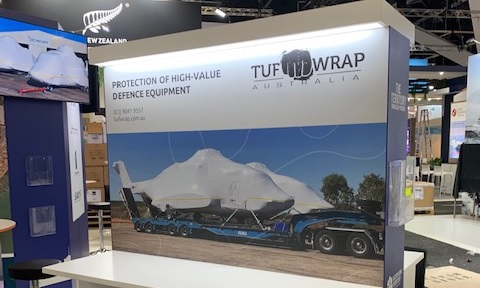 A containment and asset management company learnt a crucial lesson by attending the last Land Forces expo - how to do business with the military.

“We are trying to break into the defence market,” says Frank Borgward, Darwin operations manager for Tufwrap.

“We haven’t got any contracts yet but have made very important contacts.”

He says the biennial Land Forces expo 2018 was ‘sensational’.

“We didn’t understand how to do business with the military. But we’re now learned what they want and their processes.

“Defence has a whole different framework to doing business.”

The expo is a chance for Territory manufacturers, equipment suppliers and service providers to network with key Defence decision-makers, locally, nationally and internationally.

Mr Borgward says the support for private companies in the Northern Territory (NT) trying to do business with defence is “fantastic”.

He says companies are given great backing from the Territory Government and the NT chapter of the Australian Industry Defence Network.

“You don’t get that level support elsewhere in Australia.”

NT businesses are excited by the announcement of a further $1.1 billion program of works at the RAAF Base Tindal in Katherine.

This is on top of the $495 million already invested in new air combat capability infrastructure.

It is estimated more than 300 jobs will be created in the construction phase alone.

The investment is part of $8 billion being spent on Defence facilities in the Top End over the coming decade.

Work is expected to start in the middle of this year and be finished by the end of 2027.

An initial $495 million air combat capability facility at Tindal has been finished.

Sixty four percent of the total work packages were awarded to Territory businesses, representing about $242 million being injected into the local economy.

Three sub-contracts worth a total of $27 million went to Aboriginal-owned companies and 3% of the total workforce was Aboriginal.

This year’s Land Forces expo will be held in Brisbane from 1 to 3 September.

The Territory Government will again lead a delegation of the NT’s key defence suppliers.

Expressions of interest to attend the delegation close Wednesday 25 March 2020, places are limited.

To express your interest or for more information email defencesupport@nt.gov.au 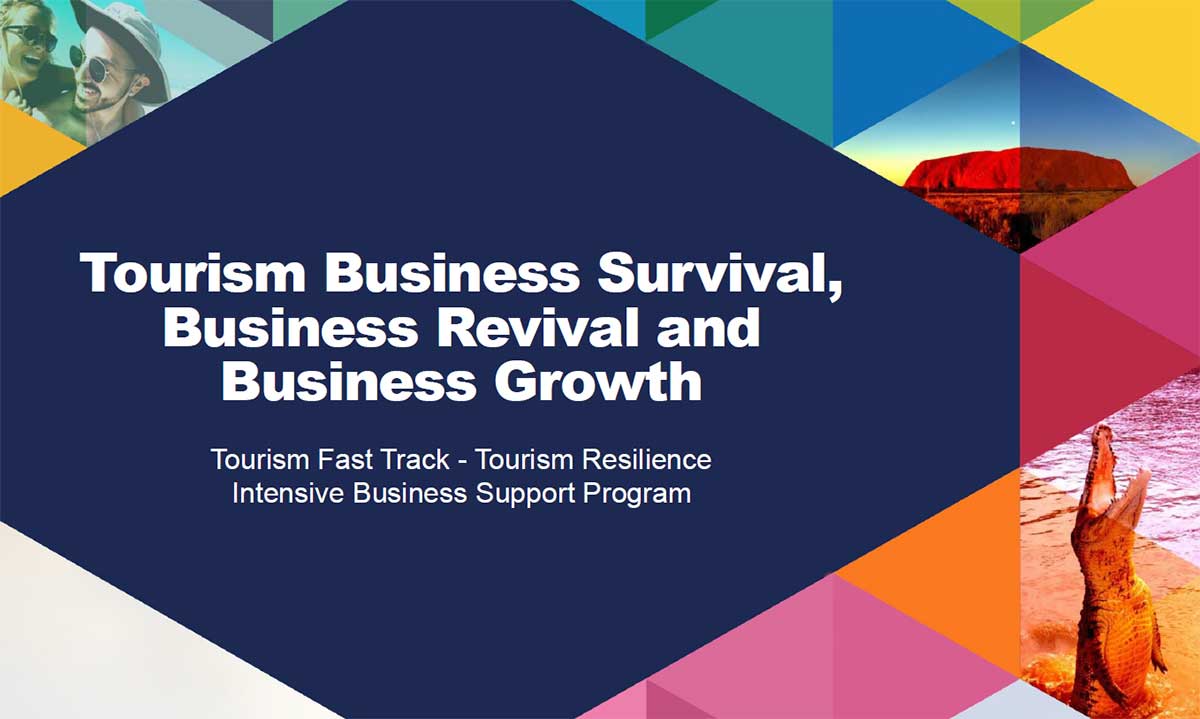 Tourism businesses feeling the impact of Australian bushfires and COVID-19 will be able to access support under the new Tourism Fast Track program.

The program, is a partnership between Tourism NT and the Business Enterprise Centre and has been established under the Territory Government’s $2 million Immediate Tourism Resilience Plan.

Business Enterprise Centre NT (BECNT) General Manager Phillip Loader said “The two high profile internationally publicised events of the Australian bushfires and the coronavirus have started to seriously impact the Northern Territory (NT) tourism sector, with a further decline in tourist numbers expected to have a damaging effect upon the tourism sector (and the NT) gross regional product.

“BEC NT is absolutely on board with assisting tourism businesses to reduce the effects of what we hope will be a short-term, high-impact situation.

“Our team is ready to roll out our program to businesses as soon as possible.”

It will involve a minimum of five one-on-one meetings with an experienced tourism sector business consultant and delivered within a three month time period, noting the immediacy of the current challenges.

An additional four months of support will also be provided for all participants to assist with strategic implementation and business growth.

The Department of Trade, Business and Innovation is also offering specific support to businesses facing significant adverse conditions due to the impacts of the Australian bushfires and the coronavirus outbreak. To access this initiative, businesses should speak with a Tourism NT business enterprise consultant for an initial assessment.

To find out more or apply for the program go to the BEC website. 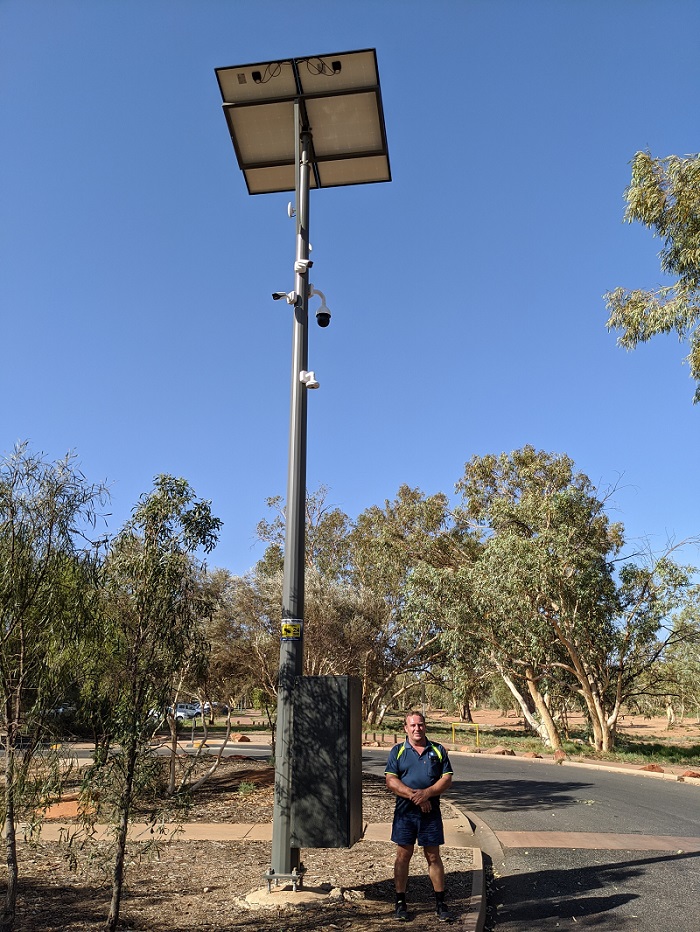 A small company behind an innovative security system has seen their product implemented in Alice Springs.

The former childcare worker was inspired to go it alone after finding that established companies didn’t have what he wanted.

“They told me what I needed rather than listening to me about what I knew I wanted,” he says.

“The grant was very useful,” Michael says. “It encouraged me not to give up.”

He says other companies should investigate what help is on offer under programs run by the Department of Trade, Business and Innovation.

“Too many companies automatically buy everything from interstate. They should be more innovative and see what help is available.

“There’s lots of help and good advice on offer.”

Opti-Pole is considered to be on the cutting edge of security.

It can be tailored to individual businesses and is a standalone system that uses its own server and hardware, and is powered by solar energy.

Michael says Opti-Pole is suitable to protect everything from service stations to remote communities, from playgrounds to major events.

“The system provides 24‑hour security with the latest features to ensure businesses, communities and events remain safe and secure,” he says.

“Through the use of solar energy, the Opti-Pole avoids the hassle of cabling and external power sources, which reduces costs associated with the installation of the system.

“With in-built anti-vibration technology, recording will always be clear and stable to ensure vision is never compromised.”

Opti-Pole has a self-cooling feature and is triple-skinned to ensure it can withstand harsh climates. 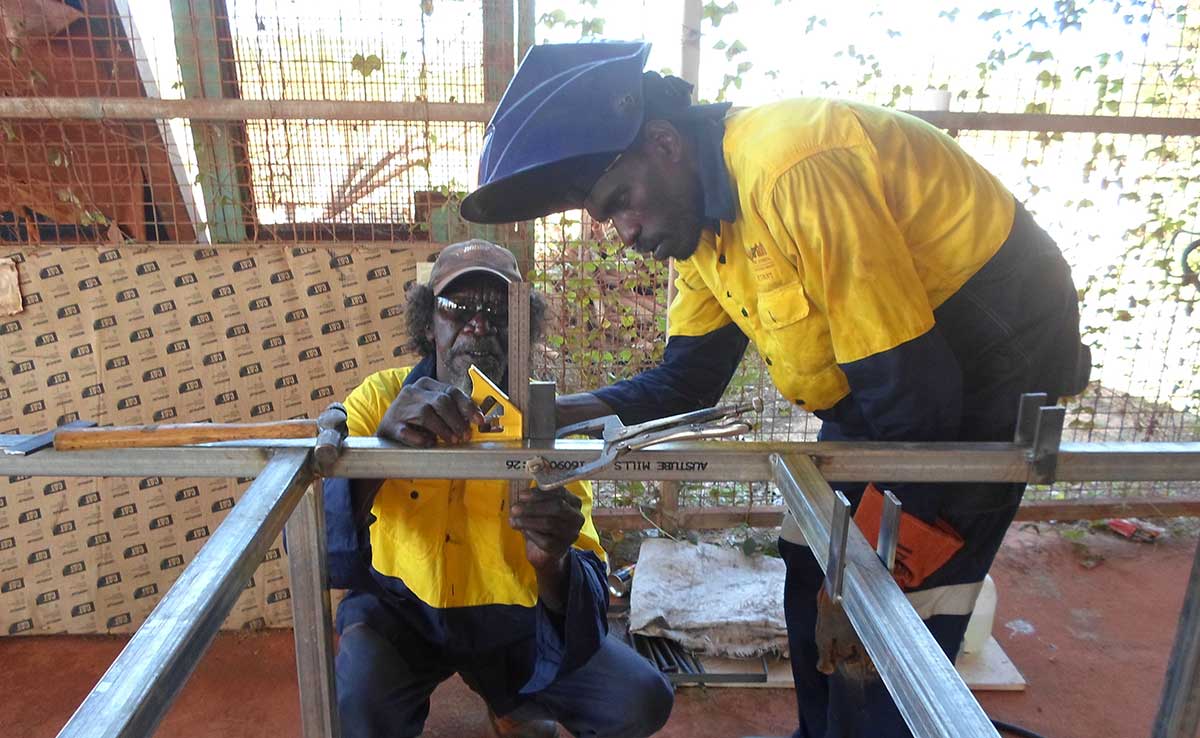 Developing strong partnerships and fostering innovation will be a key focus at the inaugural Central Australia Local Workforce and Skilling Summit.

The summit, which is hosted by Batchelor Institute will bring together employers, businesses, public and private providers to create new partnerships and build a robust workforce for Central Australia.

CEO of Batchelor Institute, Professor Steve Larkin, talked about the importance of having a strong and robust workforce.

“A skilled worker will save an employer money in the long run through increasing innovation and creativity in their workforce which then leads to increased productivity and profitability.

“This summit is about fostering vibrant partnerships between employers and providers to engage all Central Australians in the workforce and strengthen Aboriginal skilling and employment in our local communities.

“Our goal for delegates attending the summit is to build alliances and partnerships between Aboriginal and non-Aboriginal stakeholders to bring about more tailor made and innovative skilling solutions that leads to employment.”

“In the Territory we have seen successful collaborations between employers, businesses and organisations that have led to increased employment outcomes including the Karen Sheldon Group, Prelude to the Future and Workforce Plus. Organisations such as Workforce Plus showcase successful collaborations to develop virtual reality skilling programs for Aboriginal people who are seeking employment in the human services sector.”

“We want delegates to draw inspiration from these successful case studies and implement similar innovative training and employment solutions for their local communities,” Mr Larkin said.

The summit will be held on 12 March at the Alice Springs Convention Centre.

For more information or to register to attend, go to the Eventbrite website. 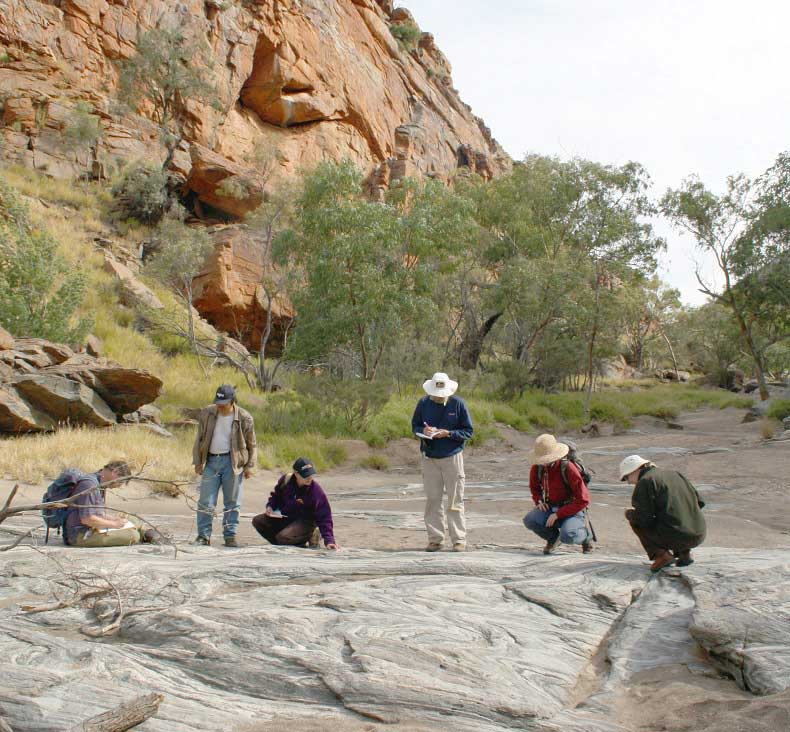 Innovative new geoscience, mineral and petroleum exploration highlights and opportunities across the Territory will be showcased at the Annual Geoscience Exploration Seminar (AGES) 2020.

The Territory’s premium exploration event is expected to attract more than 250 delegates, and will be held from 24 to 25 March 2020 at the Alice Springs Convention Centre, with pre-conference workshops on 23 March 2020.

AGES is the flagship event for the Territory Government (NT) highlighting the latest geological results from the Northern Territory Geological Survey (NTGS) programs under the Resourcing the Territory initiative.

The Territory’s exploration sector is at its highest level in nine years, driven by strong exploration for commodities such as gold, zinc, copper and lithium, and AGES is an opportunity for the industry to share information on exploration results and new discoveries.

The program includes presentations and speakers from government, researchers and industry, and will include major new releases of data and interpretation from the NT Government’s Resourcing the Territory initiative and Geoscience Australia’s Exploring for the Future program.

Celebrating its 21st anniversary this year, key program highlights include:

The program also includes technical industry presentations on exploration for oil and gas, gold, base metals and other commodities across the Territory

To register to attend, or to view the complete conference program for the 2020 Annual Geoscience Exploration Seminar, go to the AGES website.